Those were words that were used to describe me over the course of the last four years, stemming from the fact that being a part of the Miss America Organization requires minimal, but enough time on a stage in heels and a bikini. Not your average day, especially with unforgiving stage lights and hundreds of eyes on you. As many have witnessed, I have struggled for quite some time with my weight– for reasons I very seriously wish I knew. I eat well (minus Pizza Fridays) and attempt to exercise regularly. Unfortunately, my college life got the best of me as I was interning, working, studying, dancing insane amount of hours and being a 20-something year old college student (Sleeping wasn’t a part of that list, if you didn’t notice). For some, the fast-paced lifestyle leaves them running on adrenaline and coffee, which too was the case for me. However, maintaining a weight of 145 and lower was and is impossible for me unless I’m working out 5-6 days a week and time sometimes isn’t on my side. It’s just how my body is. I’m trying to change that, but Rome wasn’t built in a day.

I’m addressing this topic because I was sincerely mortified and heartbroken last week during Miss New Jersey. One of the producers asked the little stars what you have to do to be in a pageant, and my Little Star Lexi shot her hand up, was called on, and politely responded “Be Skinny.” DEAR LORD, WHAT IS GOING ON?! That’s all that ran through my head. I literally went up to her and hugged her because I felt like I was setting an absolutely terrible example in that regard. The fact that an 11-year-old identified my struggles and success with my body image and weight was heartbreaking. After I picked up my stomach and heart from the floor, I told her that no matter how she looked, she would be a wonderful titleholder and set a great example as she already does for her younger sisters and girls in her community. I then explained to her that being healthy is the number one priority… that exercising and eating well is what the Lifestyle and Fitness Award stands for.

Many have commented and complimented me on my hard work and how it was evident when I stepped out on stage. For that, I extend my sincerest thanks. Because to be honest, I busted my behind to get back into shape over the course of six months. It’s not an easy task, I don’t care what anyone says. But it’s part of the job and the competition and I understand that. I catch myself saying that I wish I was thinner and I stop myself in disgust because being 140 pounds at 23 years of age is NORMAL. As I’m saying these horrid things, my trainer is ready to beat me with a kettle-bell so I’ve learned to keep my mouth shut. My ‘transformation’ if you’d like to refer to it as such, came from a number of motivators- both positive and negative. For one, I didn’t want to be referred to as any of the things I listed at the beginning of this post. Secondly, I’m not getting any younger and buying clothes as an unemployed college graduate isn’t in the cards. But most importantly, I wanted to feel good about myself. I control one outcome (sorta) regardless of placement or preliminaries awards, and that’s how hard I want to work. I channeled my energy into being a better Anna and essentially to shut everyone up who called me fat.

By no means should you ever be complacent with your position in life. If you want to be healthier, make better food choices. If you want to fit into your jeans better, do a couple extra squats. If you’re happy with how you are, be happy. At the end of the day, I want to be an example of health and wellness and not ‘the skinniest girl in the room.’

Muscles are beautiful, weights are your friend, running is liberating.

If they tell you can’t do something, that means you have to. 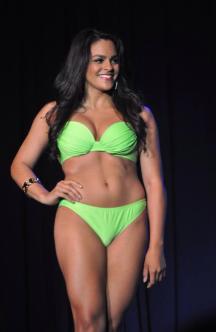 One thought on “Health and Wellness”